During World War II, the Auschwitz extermination camp – a symbol of the Holocaust and Nazi crimes – was established on the grounds of Oświęcim. Today, in the same place, the Auschwitz-Birkenau Museum documents the unimaginable tragedy that took place behind its walls. The opportunities that the Auschwitz Birkenau Museum gives us to learn about everyday life in the concentration camp are simply indescribable. You have to be there, you have to see with your own eyes and experience the atmosphere to experience at least in a small size the tragedy that took place there. 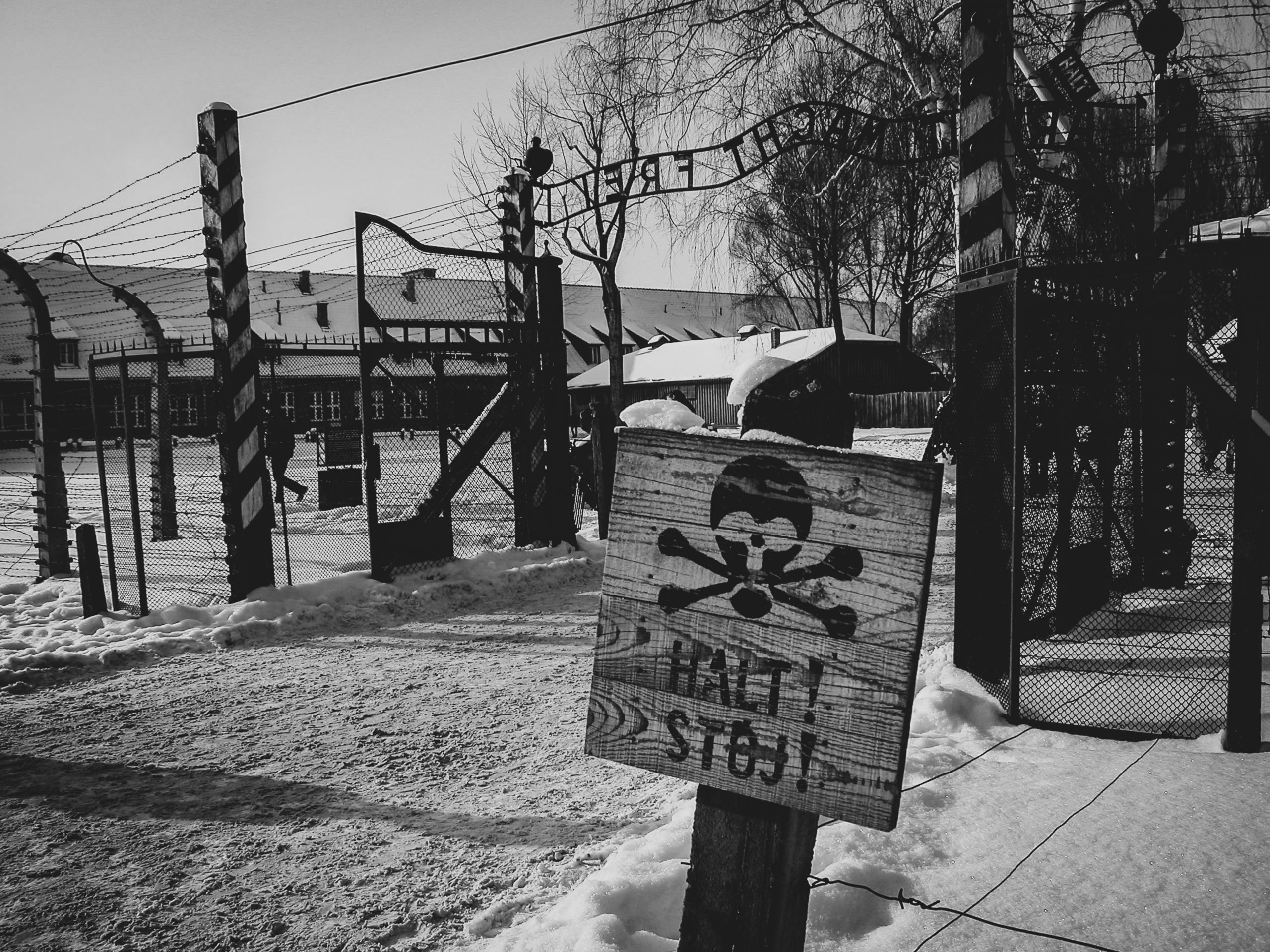 The complex of Nazi camps in Oswiecim was inscribed on the UNESCO World Heritage List. Every year the museum is visited by one and a half million tourists from all over the world, among them are crowned heads, heads of state and high-ranking government officials.

The Museum consists of 2 parts – Auschwitz I and Auschwitz II – Birkenau camps. The first is located in Oswiecim, the second in Birkenau about 3 km from the center of Oswiecim. You have to spend at least 3 hours to visit both camps. We decided on an organized tour with KrakowDirect, with an experienced and helpful guide.

After comfortable transportation from Krakow, we entered the camp grounds and began our tour. Just above the main gate you can read the ironic inscription Arbeit macht frei („work makes you free”). Similar inscriptions were visible in several other camps. A licensed guide told us the history of the camp and showed us the exhibits. We were terribly impressed by the personal items of the murdered prisoners: thousands of shoes, piles of glasses, cream cans, and clothes.

What will you see during your visit to the Museum?

During the visit, we also had the opportunity to see the wall of death, where you can literally still see traces of blood, then we observed a minute of silence in memory of the murdered. We also saw the prisoners’ cells – especially one of Father Maximilian Kolbe, who gave his life for a fellow prisoner – Franciszek Gajowniczek. From Auschwitz we went to Birkenau – the camp where, according to the guide, the real hell took place. People were sorted here, some were sentenced to death right away and others to forced labor. Old people, women, and children were sent to death, while men of age were put to work. The camp was horrifying. We were all moved by the stories of the people who died there in horrible conditions. Some of us had tears in our eyes when we saw how these people lived. The prisoners who were not sent to the gas chambers did grueling work in the camp. Many died of exhaustion and starvation. The prisoners’ food rations were far too small in comparison with demand. The Nazis calculated that a prisoner could survive three months on camp food.

Doctors at Auschwitz also conducted medical experiments on living prisoners. They examined ways to sterilize prisoners, infected people with diseases, and studied the effects of extreme starvation. Prisoners arrived at the camp by train, often in freight cars. After arriving, they were subjected to a selection: those going straight to the gas chambers and those being incorporated into the camp. All of them had their personal belongings taken away and became the property of the Third Reich. New prisoners received a camp number tattooed on their bodies. From then on, the number replaced the first and last name.

Much depends on what type of tour you are more interested in and how much you already know about the history of the camp. We visited Auschwitz for the first time with a guide. If you are visiting Auschwitz for the first time and don’t know much about its history and you know that you don’t have the patience to read the information boards – opt for a guided tour. You will then get much more out of the tour than you would on your own. The visit to the camps made us reflect on the great value of freedom and peace and how lucky our generation, which did not experience war, is.

How many people died?

It is not known for 100% how many people died in the Auschwitz-Birkenau camp. The Nazis destroyed camp documents, and the people who died in Auschwitz II-Birkenau were not registered and did not have numbers- hence the uncertainty. Various sources and reports put the number between 2 and 5 million people. Historians now say that there were at least 1.3 million people in the camp, including 1.1 million Jews and 150 thousand Poles. Heinrich Himmler – one of the main Nazi leaders pointed out Auschwitz as the place of the „final solution of the Jewish question”, i.e. extermination of the whole nation.

Is Auschwitz-Birkenau worth visiting?

Without a doubt it is worth going to Oświęcim and visiting the museum with your own eyes. I’m of the opinion that each of us at least once should feel the sadness of the place, mentioned at the beginning of this entry, where so many terrible things happened that it’s hard to accuse people of. It is worth noting, however, that this is not a fun trip filled with laughter. I guess that everyone will experience it differently, but you should keep in mind that a few decades ago it was an area of a huge tragedy, which is worth remembering while visiting its nooks and crannies.